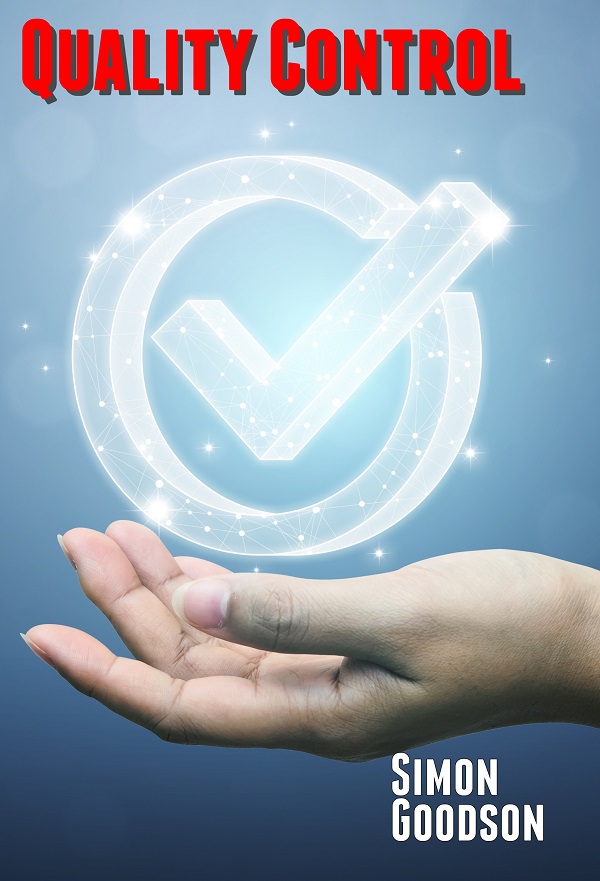 A robot with musical preferences.

Is the quest for a self-aware robot finally complete?

“Having assembled the physical form of the robot this is where it is brought to life, if you’ll forgive the wording,” said professor Zorn, gesturing at the robot sitting in front of them.

Darius nodded, and continued to make notes. He still couldn’t quite believe he was interviewing the mysterious professor, let alone being given a guided tour of the laboratory.

But he was!  This was where the professor had been working for twelve years to take robots from mere machines to creatures possessing a soul. By his own admission he hadn’t succeeded… yet.  But he clearly felt he was close.

“And how long does this stage take?” asked Darius.

“Generally, about five days, from start to finish.”

“Ah, that’s a shame.  So I guess there’s no chance of me seeing the moment this robot is first activated?”

“It just so happens that this robot is ready for activation now,” he said.

Darius’s heart skipped a beat. No one had ever seen this happen.  No one other than the professor.  Of course, tens of thousands of people had seen robots activated, but not the near-sentient robots the professor created.

“Once it’s activated, how long will the robot take to assimilate everything and become… well, fully operational?”

“I’m sorry, my terminology may be slightly confusing. The five days is the time the robot spends assimilating everything we feed into it.  Then the actual activation is immediate.  The robot is fully operational immediately.  Which means we’ll know straight away whether or not we have been successful in making it far more than just a robot.  Maybe even in taking one step closer to giving it a soul.”

“And this robot is ready to be activated now?”

The professor reached out and flicked a switch.  Nothing changed for a few moments, then the robot’s eyes lit up and it raised itself to a sitting position. It sat there, looking around the room, studying everything.

A shiver ran down Darius’s spine when he locked eyes with the metal being.  These weren’t the eyes of a typical robot, studying the world so that it could fulfil its tasks.  There was something more in that gaze. Something he had only ever seen in a human’s eyes before.

The professor was busy studying various displays, checking readings.  Moment by moment he became more and more agitated.  Finally he spoke, his words tumbling over each other.

“I’ve done it! I hardly dared believe it, but I’ve done it! This creature truly is self-aware.  It has a soul!”

The robot turned to face the professor.

“I’m sorry, but could I ask you to be quiet for a few minutes,” it said.  Its voice was melodic and gentle. Different from any robotic voice Darius had ever heard before.

“Please.  After scanning through tens of thousands of pieces of music I’ve discovered the most wonderful song imaginable.  I’d like to enjoy it in peace and at the speed it was designed to be played, not in a super-compressed burst format.”

Darius gasped in wonder.  Having any interest in music was truly unheard of in robots, let alone having an opinion on what was best.  He glanced over at the professor who was grinning wildly, his life’s work validated.

And Darius was starting to be convinced that maybe, just maybe, this robot had a soul.  Even if it didn’t it was clearly a huge step forward, an artificial entity far closer to being human than any that had gone before.

Something was happening.  The robot sat stock still, apparently enjoying its newly found music, but the professor was frantically tapping at a keyboard and studying the results intently.  His grin had faded into shock… and then a look of horror.

He stood straight again, staring at the robot, then shook his head and reached out for a different section of the control panel.  With a shaking hand he flipped open a cover, then slammed his hand down on the red button underneath.

The robot immediately went limp, slumping down but not quite falling.  It might as well have done.  Whatever spark it had contained before was gone.

“What did you do?” shouted Darius. “What happened to it?”

“I killed it!  I ended its existence!  A massive blast of electricity just erased everything it was.  It won’t ever be coming back.  I had to do it! I couldn’t let that creature live. It was a monster!”

“What do you mean? All it was doing was listening to what it felt was the greatest music in the world. What was that?  Some Mozart? Bach? Something by Queen maybe?”

“No! It was listening to… it thought that… damn, I can hardly bring myself to say it aloud.  It thought the greatest music in the world was… was… was Gangnam Style!”

Darius felt all the blood drain from his skin. The professor was right, the creature had been an abomination.  With such deranged judgement what else would it have been capable of?

Gangnam Style?  No… considering the damage its corrupted mind must have suffered it couldn’t possibly be allowed to live.  The professor had done the right thing… and saved the world from a monster.