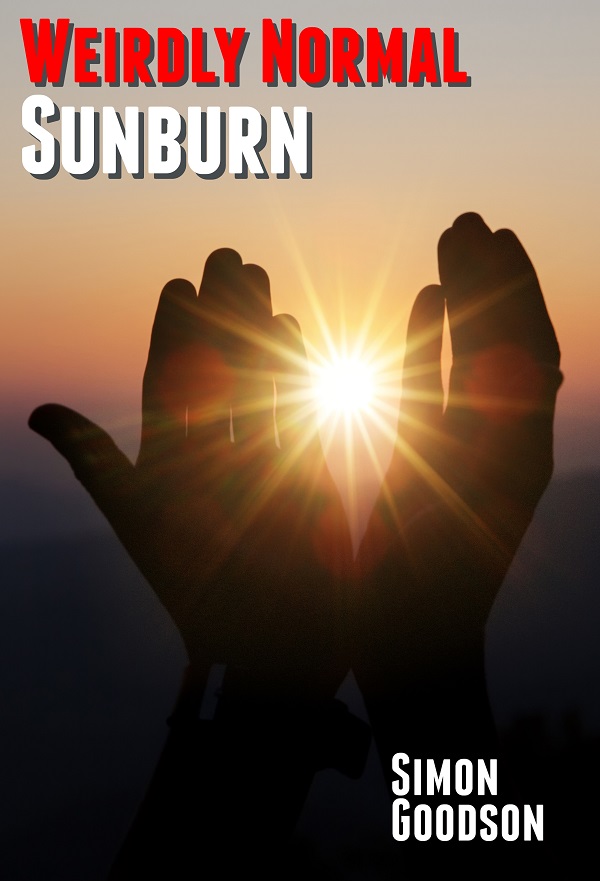 Jake smiled as he approached his home.  It was a beautiful summer’s day with the sun beating down.  It was idyllic… until he heard yelling… and realised it came from inside his house.

That could only spell trouble.  His friend Vincent had stayed over from the night before, but it had just been the two of them there.  Now there was another voice.  Someone else was there, and they were arguing with Vincent.  Loudly.

Vincent wasn’t normally the sort to get into arguments.  On the rare occasions he did he was quite capable of ending arguments very quickly, that was a perk of being a vampire.  So what the hell was happening, and who was he arguing with?

Jake opened the porch door, stepped inside, then made absolutely sure the door was fully closed behind him.  He checked there was no sunlight creeping in around the blinds on the porch door and windows.  Only then did he open the main door.  With a vampire as a house-guest it was impossible to be too careful about stray sunbeams.

Jake stepped into the hallway and stopped, shocked by what he saw.  Vincent was there, and so was another of their friends – Stan.  Stan was by far the gentlest, quietest, kindest man Jake had ever met.  He was also the largest, both in height and in heavily packed muscle.  The build and strength of a prize bull packed into the shape of a man.  And right at that moment his entire strength was being used to pin Vincent to the floor.

Vincent was significantly smaller than Stan, with a wiry build, and normally would be immaculately presented in hugely expensive clothes.  Now his clothes looked more dishevelled than Jake had ever seen the vampire wear, even after hiking in the woods.

Vincent was immensely strong for his size, being a vampire brought that benefit.  He kept coming close to bucking Stan off, but Stan was somehow managing to hold his friend down.

“Will you get off me you great oaf!” shouted Vincent.  “It’s my life and I can do what I want with it!”

“I’m not going to let you do that!” shouted Stan.

Jake realised it was Stan he’d heard shouting at Vincent from outside.  He didn’t think he’d ever heard Stan truly raise his voice before.  That was why he hadn’t recognised who it was.

Jake shook his head, struggling to take in what he was seeing.  Then he stuck his hands on his hips and yelled at them.

“Just what the bloody hell is going on here?  Stan!  Vincent!  What are you two doing?”

Jake’s vision started to waver and the blood pounded in his ears.  He gritted his teeth then forced himself to take a deep breath.  The situation was bad enough already.  The last thing they needed was Him making an appearance!

Both Stan and Vincent turned their heads sharply, apparently startled by Jake’s presence.  Jake was pleased to see Vincent’s eyes were clear, not burning red.  He’d been half wondering if Vincent had been overwhelmed by the bloodlust, something his friend was normally more than capable of avoiding.  But if it wasn’t that, what else could explain this behaviour?