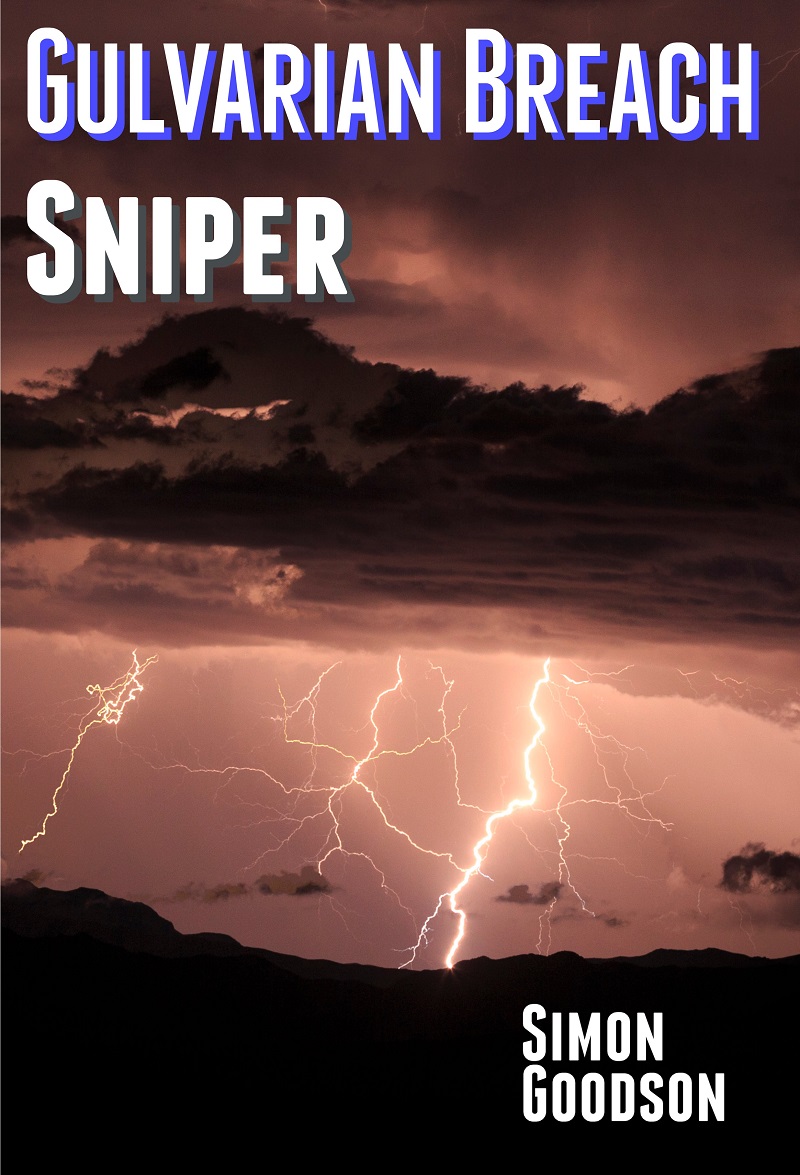 Hours to get into position.

Days to wait for her target.

She can’t let anything interfere with killing her target.

Carak finally eased herself into position halfway up the crumbling outcrop of rock, a spot where she could see out without the plants and bushes around her blocking her view.

It had taken her nearly a full day to cover less than half a klick, but that was often the way it went on her missions. She would get only one chance. Possibly only a single shot. It had to count. Any hint of her presence, anything that tipped off the target, would be disastrous.

Getting into position was only part of her task, waiting was often a much bigger part. Whether it was an hour, a day, a week, or even more, she would remain where she was. Waiting. Not moving. Constantly vigilant. And then, at the right moment, she would kill her target.

This time she was tasked with removing a high ranking Garag officer. Garag were generally violent and aggressive but far from effective as a military force, but there were always a few who were very different. A few who could take an unruly Garag force and turn it into something far more deadly.

Intel said there was a senior Garag officer on the planet, and that the force under its control would be moving through the area she had staked out. If she took out the officer it would be a major blow for the Garag and would greatly tip the balance of the war.

A war the Garag weren’t aware they were in.  Not yet. As far as they knew the only other race on the planet were humans, and those humans who’d become aware of the Garag were most likely all dead. The Garag thought they had the element of surprise. They were wrong.

Carak settled into position, her incredibly powerful and accurate rifle positioned to cover the zone the Garag officer was expected to visit.  The location was almost a klick away. In the middle sat a human dwelling. She could see the buildings and some of the land around clearly, then patches of the land further out where the foliage around her allowed.

It was the only dwelling in the area, which was why Carak’s superiors believed the Garag officer would visit. The Garag liked their meat fresh, and ideally sapient. The officers were no exception. If anything they were worse, and they had the power to get what they wanted.

If the Garag were operating in the area Carak had no doubt they’d leap at the chance to feast on the humans.  And, of course, if the humans were wiped out there was no chance of them raising an alarm.

Carak felt little sympathy for the humans. As a race they were near endless, breeding rapidly and spreading across planet after planet.  The humans who were in danger would soon be replaced, and their deaths was a small price to pay for the huge strategic gain of killing a senior Garag officer.

So she lay there, completely motionless, the enhanced optics in her eyes allowing her to study everything she saw in great detail without having to move her head.