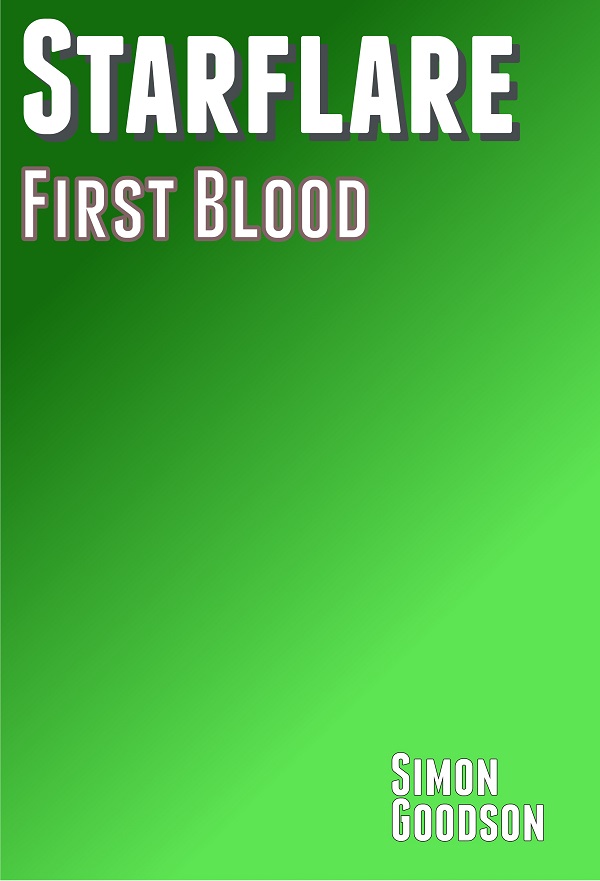 Captain Shepherd’s eyes lit up as the Royal Talon dropped out of hyperspace.  A convoy of newly rebellious ships, ripe for the taking.

First blood would be his… even if it meant destroying civilian targets.

Captain Shepherd’s eyes lit up as the Royal Talon dropped out of hyperspace.  The information had been correct – a rebel convoy was right where he’d been told it would be.  It was an even more tempting target than he’d expected, there were almost thirty civilian ships and just a single rebel warship to defend them.

“Excellent,” he said.  “First blood to us.  With decisive action we can end this rebellion before it takes hold.  Launch all primary flights and have the backup fighters ready to go.  The ships in that convoy won’t hang around forever.  Let’s take as many out as we can before their hyperspace engines charge.”

“Send two wings against the warship.  I want us to take it out if possible.”

“It looks pretty tough,” said Wade, another of the officers.

“Looks can be deceiving,” said Shepherd.  “They pack quite a lot of armour but the weaponry they’re allowed has always been restricted by the Accord.  They aren’t allowed anything more than a single shuttle on board, and no fighters of any kind.  Those ships are built for scaring off pirates, not for serious combat.  We’ll overwhelm them with our fighters and still have dozens free to attack the rest of their fleet.  Once word of this spreads the heart of the rebellion will be crushed.”

“Why do you think they’re doing it, sir?” asked Watkins.  “Rebelling, I mean.”

“Because they’re ungrateful scum,” replied Shepherd.  “For more than a century we’ve kept their worlds safe, given them the protection and benefits of being part of the Kingdom, yet they’ve thrown all that away for a list of petty grievances.  Trust me, as soon as they realise how hopelessly outmatched they are they’ll come crawling for a truce.  Now, let’s focus on this fight.”

“Yes, sir.  Do you want to send the convoy a message?”

Watkins spoke with the comms officer, then signalled that the channel was open.  Shepherd drew himself up, knowing that his address would be recorded and passed throughout the rebellious systems by those ships that managed to escape.

“This is Captain Shepherd of the Royal Talon, addressing the rebel convoy.  You can see that our fighters are on their way.  Your actions brand you as traitors, but we are willing to be magnanimous.  If you power down your ships and surrender to us now then we will ask for leniency when you come to trial.  If you refuse then we will visit the Kingdom’s wrath upon you.”

He gestured for the transmission to be cut.  A moment later the comms officer confirmed they were no longer transmitting.  Shepherd smiled.

“That should be enough to convince most of the ships to surrender,” he said to Watkins.