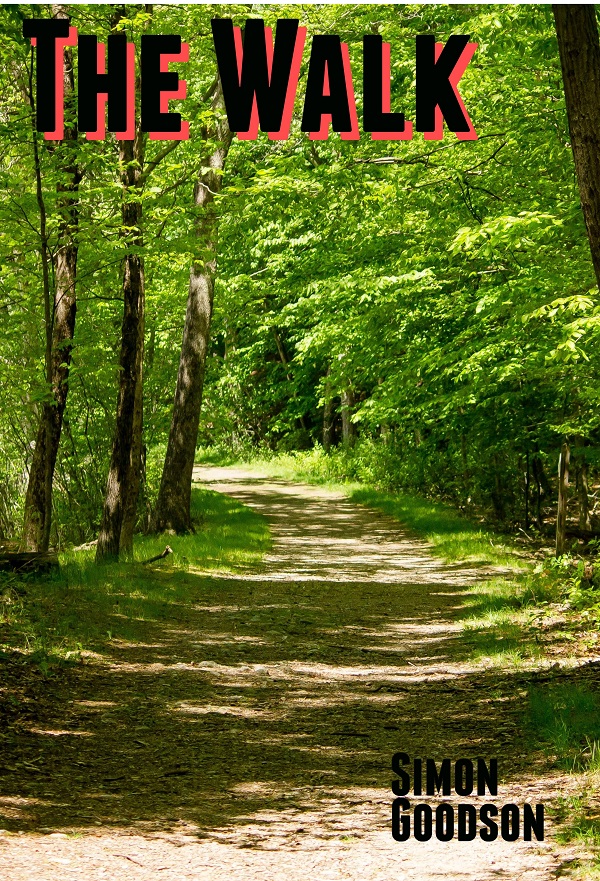 A peaceful walk on a beautiful day.

What could be nicer?

But… something is amiss…

He walks down the path, trees either side of him.  To the right, through the trees, lies a lake.  Well, not really a lake, a reservoir, but the effect is the same.  As he walks he can hear the shouts of people learning to sail on the water.  He can hear the birds.  He can feel the wind.  He sees the flowers, the grass, the life around him.

He raises the whistle to his lips, blows two short blasts.  Nothing happens.  He raises it again, blowing two longer blasts, a more insistent instruction.  A sleek black dog appears out of the undergrowth and comes charging past him, rushing ahead.  She shows no sign of stopping so he blows again.  Eventually she decides to obey.  She comes racing back, her tongue flopping out the side of her mouth.

The wind picks up, blowing coolly against him.  He finds it pleasant.  Despite it being autumn the weather has turned warm.  He’s been walking quite fast and the air is humid.  The breeze is a pleasant counterpoint.

As he moves on the breeze drops again, and he misses it immediately.  Now the heat becomes stifling, forcing him to slow his pace.  His continues on his way and after fifty yards reaches the end of the reservoir.  Now he heads for a narrow path, one that leads down and away from the reservoir.

He knows he needs to follow that path, knows it is the way he must go, but he doesn’t.  He stops.  He stops and lets out a deep, deep sigh.  He stops and, for the first time on the entire walk, he opens his eyes.  He opens his eyes and sees the world as it truly is, not as he has been remembering it.

He long ago stopped wondering how the impossible happened after everyone else died, how the sun grew so much stronger and burnt the earth till it was barren and dry, how it stripped the world of every shred of atmosphere.  And he long ago stopped wondering how he could breathe, how he could sigh, when no air remained.  All he knows is that he remains.

As he stands there, two tears slip from his eyes, one rolling down each cheek.  The moment they fall from his face they vanish, vaporised before they can reach the ground.  They are blasted into nothingness, the moisture on this dead world banishing the moment it appears.

He sighs again, impossibly in this world of no atmosphere, and heads down the path.  At the bottom is a cave one he dug out of the burnt ground uncounted years before, a cave that sits where his house once did.  Where his home once did.

He returns to the cave, as he does every day.  He curls up on the ground and waits to fall into unconsciousness.  Not sleep.  He never dreams.  As he lays there he knows he will awake the next day, at the same time he always does.  He will leave his cave, close his eyes, and start the walk again.  The last walk he ever took when the world was still the world.

It is a strange life he lives, but it’s one he long ago stopped wondering about.  And while each walk ends with sadness, each walk is also filled with calm and peace.  The short burst of pain is more than made up for by the hour of memories.

Maybe that is the purpose.  Maybe that is why he persists.  Maybe he exists to carry the wonder of life, the vitality of the universe, far beyond the death of the universe itself.  Maybe he is a messenger, carrying knowledge of what once was.  And if so, another question is raised.  If he is the messenger, carrying that day beyond the future, just who is the message for… and what will they make of it?

2 thoughts on “The Walk”