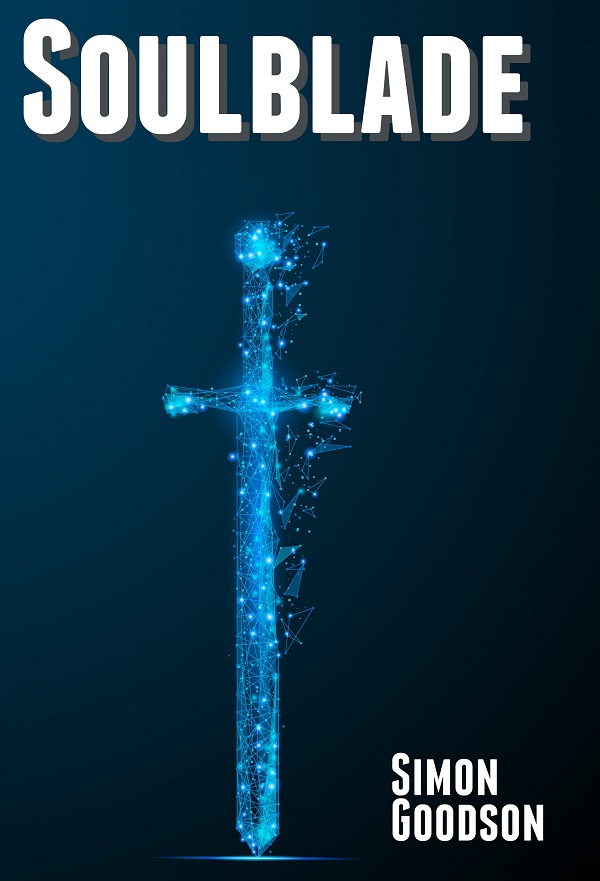 If this sword kills you it will drink your soul!

“That’s it! That’s everything I’ve got!  All my money.  My jewellery.  Even my wedding ring,” the old woman said, pleading in her voice.

Scar grinned at her.  He didn’t know why she’d decided to take a shortcut down the dark alley.  Maybe it was because she was old and couldn’t face the longer walk along well lit streets on this bitterly cold December night.  Whatever the reason, it had led her straight to him.  Now he had her exactly where he wanted her… frozen in place by terror.

Terror of him.  Terror of the combat knife in his hand.  So terrified she’d given him everything without him even having to utter a threat.

Scar wasn’t done with her.  Not yet.  His knife had a job to do first.  He hadn’t been given the nickname Scar because of any marks on his own body.  No one had ever come close to leaving him with any visible reminders of the fights he’d been in.  No, he got his name from a little habit he’d settled into.

He grinned at the old lady, then reached out and clamped his left hand on her shoulder, holding her in place as he brought the knife closer to her face.

He wouldn’t kill her.  Where would the fun be in that? No, he’d just leave her with a little reminder of their time together.  A reminder she’d see every time she looked in a mirror.  Just like all the others before her.

Now, finally, she started to struggle.  That was fine with Scar.  It made it more fun, and meant the mark he left would be individualised.  It became a work of art between him and the victim when they struggled.  And they all struggled once his knife bit into their flesh.

He grinned, keeping his other hand clamped on her shoulder and ignoring her terrified pleas.  He moved the knife in closer ready to make the start of the cut.  He was going to enjoy this.

Geraldine struggled in the grip of the thug, desperately trying to move away from the knife point.  All she managed to move was her head, and that not far.  His grip on her shoulder was like iron.  Even when she tried letting her legs go limp to fall, he just held her up.

Was he going to kill her? She had no idea.  At the very least he clearly had something incredibly unpleasant in mind.  She fought as hard as she could.  All to no avail.

The man moved the knife in closer, his intense gaze locked with hers.  She’d moved her head as far from the knife as she could already.  There was nothing else she could do as it came closer still… and she felt the tip touch her skin.  The sharp prick as it pierced her flesh.  Then the man froze in place, drawing out the moment.

Geraldine stood frozen.  Any movement would drove the knife in further, pull it across more of her face, so she held perfectly still.  A tiny part of her was almost wishing her attacker would just get on with it, finish the first cut, so she could find out if there would be more.  Find out whether he would leave her alive.  But most of her was wishing for something to happen.  Someone to save her.  Even as she knew it couldn’t possibly happen.

The man’s eyes still stared into hers, but now they looked more puzzled than intense.  And then they widened.  His horrific grin slipped into what looked very much like surprise… and on into horror.  His grip on her shoulder eased, and the knife moved away from her face.

She moved backwards as far as she could, which was barely a step before she hit the alley wall.  It was enough.  Enough for her to see the sharp metal point protruding from his torso.  Metal which shone far more brightly than the dim light in the alley should have allowed.

She realised there was someone standing behind the attacker.  Someone dressed all in black who faded into the darkness of the alley.  Someone who had apparently come to her rescue.

The thug started to moan before letting out an inhuman shriek.  There was definitely fear in his eyes now.  No, it was terror and absolute horror.