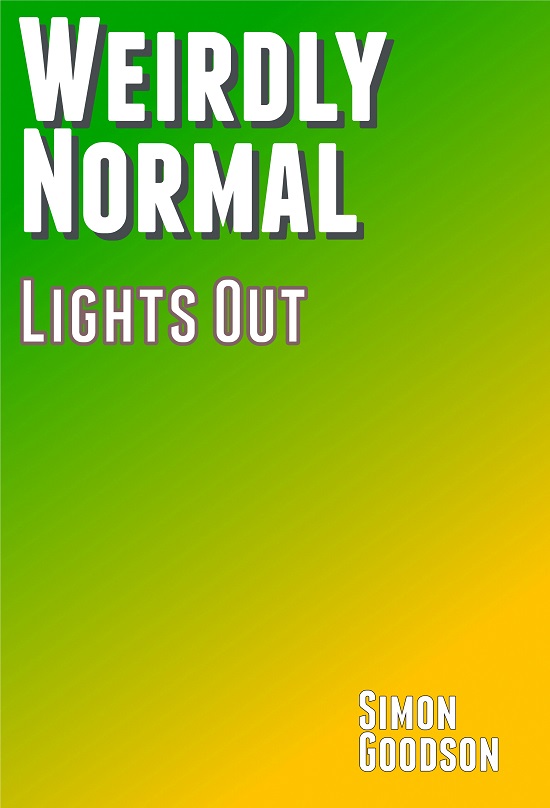 The gang initiation involves driving without lights then chasing down and murdering the occupants of the first car to flash.

“Look at that idiot!” shouted Jake.  “No lights on on a night like this!”

He flashed the headlights several times, grumbling as he did so.  Vincent glanced at his friend, noting that Jake’s hands were gripping the wheel tightly.  The offending car flashed past them, disappearing into the rainy night as quickly as it had appeared.

“Jake, take a deep breath.  We don’t want you having one of your turns, do we?  We’re nearly late for the party already, and you know how Markus gets if people aren’t on time.  We really don’t have time to stop.”

“Arseholes!” Jake spat out.  “Alright, alright.  You’re right.  I’ve got it under control.”

He started breathing in slowly, holding his breath then letting the air out equally slowly.  The knot in Vincent’s stomach eased.  They’d make it to the party on time after all.  He glanced over his shoulder.

“How are you doing back there, Stan?”

“Wishing it wasn’t raining,” came the deep voiced reply.  “Then at least I could open the sunroof and stick my head out.”

“Jake, calm down,” said Vincent.  “He isn’t going to.  He’s just a bit jammed in back there.  This car really isn’t big enough for him.”

“Well is it my fault he’s so tall?  He could always walk!”

“Jake!  That was uncalled for!”

Jake ground his teeth for a minute then took several more deep breaths.

“Sorry Stan,” he said finally.  “This weather’s a bitch.  It’s making me ratty.”

“No problem Jake,” rumbled Stan.  “I appreciate the lift.”

Vincent let out his own breath.  Maybe they could make it to the party on time after all, and avoid Markus’ ire.  Just so long as nothing else happened.

Even as he had that thought, something else did happen.  With a massive crunch the car was shoved forward.  Jake fought with the wheel, letting loose a volley of swearwords, and managed to wrestle it to a stop.  Vincent threw his door open and leapt out, but he was still behind Jake who was already screaming at the pickup truck which had rear-ended them.  Vincent sighed.  Markus was not going to be happy.

5 thoughts on “Weirdly Normal – Lights Out (Story One)”