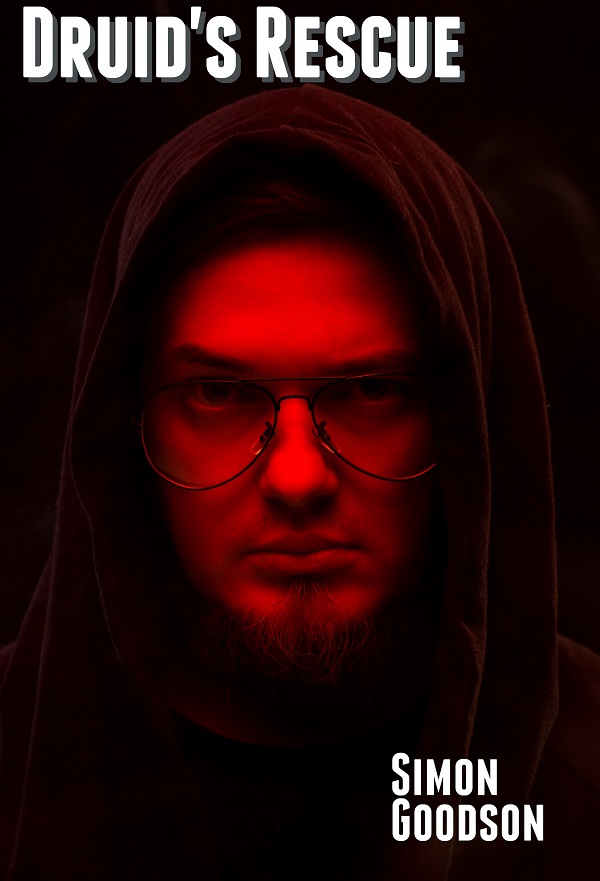 He came to free animals from their torment.

He won’t be taking no for an answer!

Tarrow paused at the edges of the tree line, confident he was invisible in the dark night.  Before him the compound spread out, a blocky concrete monstrosity surrounded by twelve foot high, razor wire topped, electrified fences.

Groups of guards were stationed at intervals along the fence, but they were there to react to alerts rather than to detect intruders.  Besides, anyone breaking in should count themselves lucky if the guards got to them first.

People had wanted to do that before Tarrow, of course.  They’d studied the problem and estimated it would take a small army just to get into the compound, let alone to do what needed to be done after that.

Tarrow had no army.  He had no one else with him.  He was alone.  Yet he was still determined to get in… and confident that he could.

He eased back, waiting in the darkness for a few more minutes.  Listening to the sounds from the compound in front of him.

Without warning there was an almighty crash.  Dogs started barking and within the compound Tarrow could see many of the guards racing toward the far side of the compound from where he stood.  The point where an especially large and previously healthy tree had suddenly fallen, crushing part of the fence.

Tarrow bowed his head and whispered a quiet prayer for the soul of the mighty tree which had been sacrificed for the mission.  The loss of the century old tree cut him deeply.  But it was necessary.

The short prayer finished, he turned and started to scramble up another huge tree which he’d been standing beside.  This one was a tall willow.  It had grown quickly, as willows always did, but was young enough to still be flexible.

Some of its branches had reached toward the compound fence as it grew, but those had been trimmed back regularly.  There was still a good twelve feet to the fence from its closest branches.

Tarrow climbed as high as he could, then eased his way along the strongest looking branch heading in the right direction.  He continued until the branch was bowing under his weight, but not so far it would break.

Then he calmed his mind and reached out for the soul of the tree.  Something he’d already done earlier, to know it was willing to aid him.  Now he just needed to let it know the time had come.

Trees tended to think in cycles that lasted for hours or even days.  They rarely noticed anyone or anything climbing in their branches unless it stayed there for many hours.  So Tarrow reached out and gently nudged the spirit of the mighty tree, letting it know the moment had arrived.

There was the slightest of groans as the tree started to bend, twisting its way toward the fence and beginning to lean as it did so.  The branch Tarrow was on drew closer and closer to the fence, but was still above it.

The tree kept stretching until Tarrow and the branch he was clinging to stretched over the fence, though not a single leaf touched the fence itself.  Tarrow swung down from the branch till he was hanging by his hands but that still left him a good ten feet above the ground.  He prepared himself mentally… then let go.

He hit the ground hard and had to roll to the side to absorb the shock.  He lay there dazed for a few seconds, then shook it off.  He was in! He was in the compound, and no alarms had gone off.  Yet!

He sent his thanks to the willow tree, which was creaking its way back to its normal position already.  Tarrow was glad he hadn’t had to ask another mighty tree to sacrifice itself just to get him in.  Not only because the loss of all such trees hurt him deeply, which was true, but also because another breach of the fence would bring security running to his location.  Two breaches so close together in time would also look incredibly suspicious.

He winced as he eased himself to his feet.  While his left ankle ached a little nothing was broken and it wasn’t stiffening up.  He shook his head at himself.  This wasn’t really the sort of thing a ninety-two year old should be involved in.  But then he was no ordinary ninety-two year old.

He’d barely made it two dozen steps when he heard a sound he’d been half expecting, half dreading.  The pounding of feet.  Heavy breathing.  But no lights.  And no humans.

What was pounding towards him could most closely be described as dogs, though that was far from an accurate description.  Those who ran the facility, who created these creatures, called them war dogs.  Or extreme guard dogs.  Or whatever else it took to get permission for them to be used in a particular country or setting.

What happened in the compound was a closely guarded secret, but the creatures it churned out were abominations.  Tarrow didn’t hold that against the creatures themselves, they’d had no choice over what was done to them… which was evil beyond words.

Now some of those very same abominations were racing towards him, growling and snarling.  They weren’t barking for attention though.  They wouldn’t do that until they’d reached him and finished rending his flesh.  These creatures weren’t bred to keep people at bay until guards arrived.  Their purpose was to deal with intruders.  Quickly and fatally.

They sprinted into his sight, racing towards him.  The lead dog closed to within ten yards and was preparing to leap, jaws stretched wide and metal glinting where teeth should be.  Its eyes glowed a deep crimson.

This was as far as any intruder had ever reached before.  If his plan didn’t work then in a few moments Tarrow would share the same fate as all those who’d dared to break in before him.  And right at that moment he suddenly had very little faith in his plan… but it was too late to try anything else.