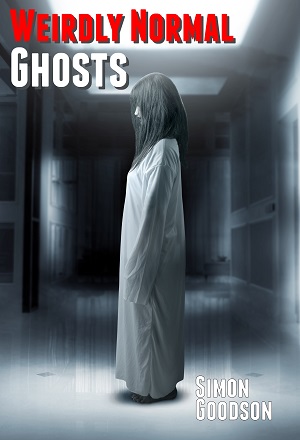 And he can’t take it anymore!

Chad stumbled through the doors of the church and staggered halfway down the aisle before collapsing into a pew on the left.  He’d been shaking his head the whole way.  Trying to shut out that voice.

Not that it worked.  He’d had some vague idea that entering the church might work, might grant him some peace.  But no, the voice was still there… and it wouldn’t shut up!

Despite that, the peace of the church did give him some form of solace.  With no other noise it was slightly easier to shut out the voice, or to try and ignore it at least.  He sat there, hands on the back of the pew in front, head on his hands.  He was aware that time was passing but had no idea of how much.

“You seem troubled, my son,” came a voice from his left.  A different voice.  Chad almost jumped out of his skin.  For a moment he feared he’d picked up another disembodied voice, but no… when he looked to his left he found a priest dressed in simple dark clothes had settled onto the pew next to him.

“I’m not surprised.  You seemed to be lost in your thoughts.”

He trailed off, words failing him.

“Maybe you should start at the beginning,” said the priest.

Chad nodded, took a deep breath, then started to talk.

“Where should I start?” asked Chad.  “I suppose with Knuckles, and the fact I owed him money.  That’s not the very beginning, but it’s where things started to go really badly wrong.

“I know, I know.  I should never have borrowed money from somebody called Knuckles.  We all make mistakes.  That was one of my worst.  I thought I’d be able to pay him back quickly, but somehow that didn’t happen and the debt just kept getting larger, day after day.

“Well, Knuckles had a suggestion for how I could get the money.  He told me to find a businessperson, one who was well dressed with expensive shoes and a fancy watch.  Find them and hold them at knife-point.  Get as much money as I could from them.  If I could get them to take money out the cash machine as well then so much the better.

“Now I’m no angel, Father, but I’ve never done anything like that.  Even then I wouldn’t have considered it if Knuckles hadn’t been talking about breaking both my kneecaps if I didn’t, and that was just a down payment on what he’d do to me.

“So, I figured I had to do as he said.  Do it enough times to make enough, quickly enough, that I could pay off Knuckles and then get the hell out of this town.  It wasn’t like I would really hurt anyone, I’d just scare them.  I’m young and big enough to be intimidating.  I thought it would be enough.

“I got a scary looking knife.  Too damn easy in this town.  Then I started looking for my first victim.  It took me a couple of hours.  Until you try something like that you don’t realise how few business people go wandering in places they can be easily grabbed at knife-point without anyone else noticing.

“Finally, I found a guy.  Early forties.  Very expensive suit, shoes, and watch.  And he was taking a short cut down a quiet alley.

“I hurried after him and caught him halfway down the alley.  I grabbed him and shoved him against the wall, holding the knife up to him.  I tell you, he looked terrified but I reckon I was even more scared.  But I did it.  I demanded all his money.  And his watch.

“While he was clearly scared, he tried to stay calm.  He spoke quietly and told me he was going to give me whatever I wanted, but he wanted me to take it easy.  He said it was only money.  Easy to say when you’ve got plenty of it, a lot harder when you haven’t.

“Despite my fears, everything was going fine.  My first robbery was going to be a success.  And then… God dammit! Sorry Father!  I didn’t mean to blaspheme, but… he was a nice guy.  I wouldn’t actually hurt anyone, and especially not this guy.

“He was going to give me the money, and it didn’t seem like it was hurting him too much to do it.  So, he took his wallet out, but he must have been nervous because he fumbled with it.  He dropped it to the ground.  And then he… and then he…”

“Take your time.  There’s no rush.  Tell me what happened next once you’re ready.”

“It’s so stupid!  He moved forwards and down to grab it, and I’d moved the knife without realising as I did the same.  By chance the knife had ended up close to his neck… and as he leaned forward he managed to slice himself on it, right across the main vein which runs up the throat.

“He collapsed to the ground almost immediately.  There was blood flowing everywhere.  A lot got on me.  Not just in those first instants.  A moment later I was down there with my hands on his neck trying to keep the blood in.  Pleading with him to be okay.

“I knelt there watching the life drain out his eyes.  And do you know the damnedest thing? He grabbed my hand, held it tight, and kept telling me it wasn’t my fault.  Not my fault? How could it not be my fault?  But he kept insisting… and then he was gone.”