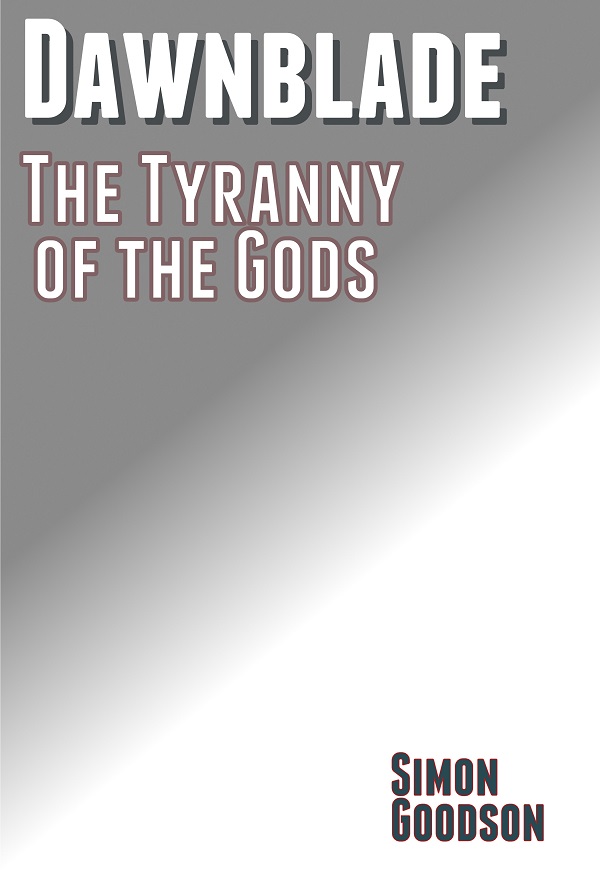 The gods have treated mortals as playthings, pawns, slaves since forever…

…but now one man knows their dark secret!

The Tyranny of the Gods

In days of old, long gone now, the world was whole and it was ruled by the gods.  The gods dictated everything for their followers, from how they should live to who they should fight and where they would die.  Any who defied the gods faced swift and terrible retribution.  That was the way it was, that was how it had always been.  People accepted it because they had no choice.

The Sorcerer was no different.  He was lucky enough to wield mighty power, magics that made most people tremble, but his life was still dictated by Balaneth, the god he worshipped.  Those powers gave him an exalted position serving Balaneth, but it didn’t change the fundamentals of his life.

The position brought many benefits, including a far longer lifespan than would normally have been the case, but it also took its toll.  For almost two centuries the Sorcerer did Balaneth’s bidding, fighting and killing, serving and obeying.  Yet as time wore on he grew weary of what he saw and what he was tasked with doing.  He started to question whether the way things were was truly how they should be.

Only in his mind, and only when he knew his god was not focused on him.  To speak his thoughts out loud would have been to invite a terrible death, and for the moment they were little more than niggling doubts.

Despite his reservations, the Sorcerer continued to serve Balaneth.  Not that he truly had any choice in the matter.  He would probably have done so to the end of his life if fate hadn’t intervened.

Balaneth was a neutral God, a God of knowledge rather than wisdom, so part of the sorcerer’s role was tracking down both new and long forgotten knowledge.  He spent much of his time exploring ruins and battling creatures that uncontrolled magic had turned into monsters.

During one such trip he came across carvings on the wall of a chamber which were far older than then any he had seen before.  He carefully memorised them, using techniques he’d developed over his long life, for while they were familiar in some ways he could not yet decipher them.

He made no notes.  Balaneth was jealous of the knowledge he accumulated and wanted no risk that any others, god or mortal, should gain the same information.  All that was learnt on such trips had to be memorised.

Once done the Sorcerer continued with his exploration of the whole complex, fighting where he had to and studying every detail he came across.

When he’d finished he returned to Balaneth and reported in exquisite detail on everything he’d seen, heard, smelt, and felt.  Almost everything.  He found himself reluctant to mention the chamber and its markings, and for the first time in his life he kept something back from his god.

That decision carried with it much terror.  Balaneth might be neutral rather than evil, but his rage would be mighty if he ever learnt of the Sorcerer’s deception.  Death would be both certain and the least of the punishments the sorcerer would suffer.  But something about the chamber and its markings pushed him to take the risk.

Once Balaneth had finished wringing every last detail about the rest of the site the Sorcerer was dismissed.  He immediately set to work on deciphering the symbols he had memorised, but it was far from an easy task.  Learning the meaning of the symbols would be the work of a dozen years or more.

1 thought on “Dawnblade – The Tyranny of the Gods (Story One)”