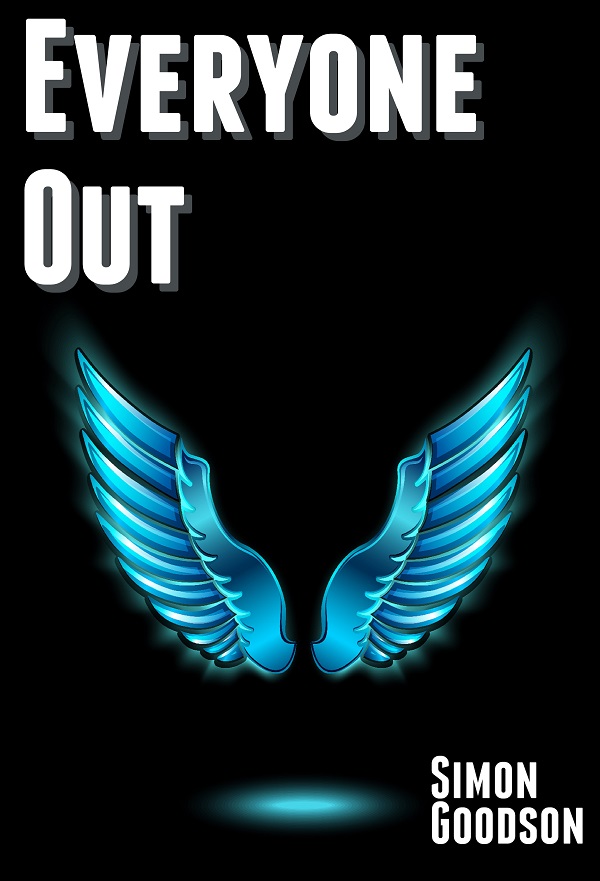 Angels return to the control room for the first time in hundreds of years.

But they aren’t worried. It’s not like humanity will have got out of control…

For the first time in over five hundred years the control room door hissed open.  Two Angels sauntered in, wings folded back, faces glowing slightly from within.  They glanced around.

“I guess so,” replied Michael, sounding a little uncertain.  “But Gabe…  well…  was it really safe to leave everything on automatic for so long?”

“Of course!” replied Gabriel, with a chuckle.  “What can they have been up to in that time?  Last time we had to strike, before your time mind you, we were out nearly as long.  The worst we had to deal with was the Roman empire and a new religion.  We had both sorted out within a few years, quite cleverly actually.  We twisted the religion into something that troublemaker Christ would have hated and used the religion to help bring down the Romans.  Great days lad.  Nope, nothing to worry about.  The biggest problem will probably be if they’ve all forgotten how to make fire again.  The number of times we’ve had to help out there, I don’t know.  What year is it down there anyway?  Must be about two thousand thirty I reckon.  Take a look.”

Mikey crossed to the main control board.  It was indeed around the year Gabriel had guessed, two thousand and twenty eight actually but close enough.  He brought up the overall status, and stepped back with a cry.

“What’s up?” asked Gabe, from where he lounged on a comfy chair across the room.”

“The…  there’s…  there’s alarms all over the place.  They’ve got internal combustion.  Advanced gunpowder based weapons.  Flight.  My god!  They’ve got Nuclear fission, and they’ve used it!  And space flight.  There’s several settlements in orbit, even one on the moon.  Gabe…  what do we do?  They’ve advanced enough to be a threat to us!”

Gabriel strode across the room, then peered past Michaels shoulder studying the alarms intently.

“Damn it all to hell!” he shouted.  Ignoring Michaels shocked gasp at such language he continued in a low growl.  “This is bad.  Really, really bad.  We need to take action, and take it now.”

Mikey turned to look at him, resigned certainty in his eyes.  “We intervene then?  Directly?  Blow them back to the stone age?”

“What?  No way.  No way.  I knew the old man had caved in too easily.  He knew about this, I’m telling you.  Fixing this mess is going to take overtime, weekend work and pulling all leave.  None of that is covered in the agreement.  We need danger money too.  And travel expenses, he made sure those only covered travel on earth.  I am so angry!”

“So what do we do?” asked a confused Mikey.

“Do?  What do you think we do?  We strike!  We can’t let management get away with this.  Spread the word to all the angels.  Everyone Out!”