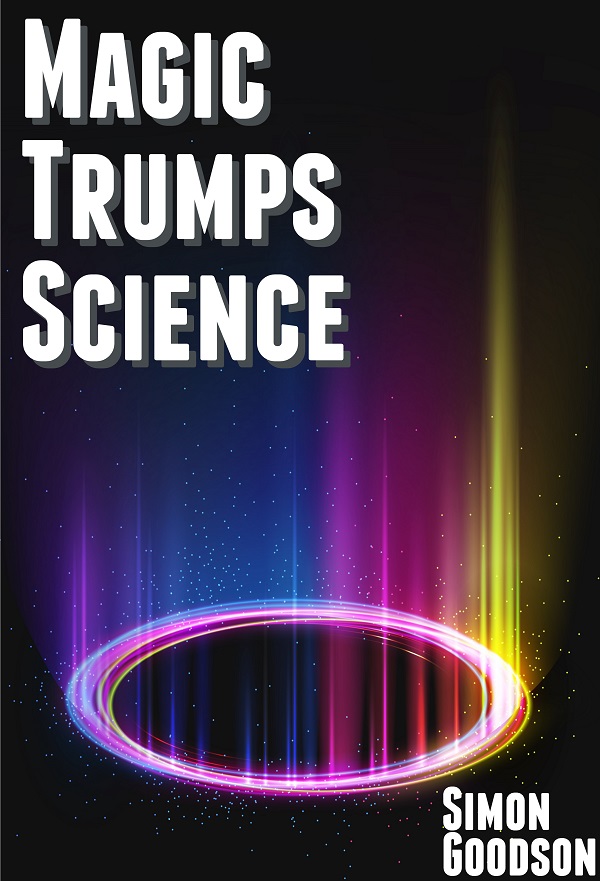 They came from nowhere.

No one is safe.

And no one can beat them. Can they?

The Others changed all that.  They burst into our awareness, sweeping across the planet, leaving a trail of destruction behind them.  The powers they wielded were far beyond anything our science could explain.  It’s been said that sufficiently advanced science would be indistinguishable from magic, but that’s not true.  If you’ve ever been present when one of the Others lets loose you’ll know there’s nothing scientific about what they do, nothing we can ever hope to understand or tame.  Their power is magic, and it trumps all scientific laws.

It helped that the Others weren’t around all the time.  Over time we estimated there were only thirty or forty of them that visited us, though as they can take on any appearance they please an exact count is impossible.  We normally see just a few of them a year, each appearing for anything from a few hours to a few weeks.  Then they vanish again, heading back to wherever they come from.

We tried to fight back at first, of course.  If there’s one thing humanity does well it’s fight, especially against overwhelming odds, but it was hopeless.  Tanks, jets, bombers, ships and more were tried, but none ever even scratched one of the Others.  One country even tried a nuke, although no one ever admitted to having launched it.  It flew straight and true.  It landed right on top of the Other who likes to masquerade as Neptune.  It exploded… about as loudly as a firework, and with as much effect.

That phase of dealing with the Others lasted about three months.  It might have lasted longer, a lot longer, if the Other who now calls himself Loki hadn’t decided to turn every weapon of war into childrens’ toys.  That put a stop to the resistance overnight.

Then there were those who sought the same power as the Others wielded.  All those who had believed in magic all their lives joined in, of course, but so did many governments and other powerful organisations.  Surely the Others powers indicated that magic had returned, they argued.  It wasn’t such a wild leap, I guess, given what was happening around them.

It didn’t work.  Whatever powers the Others tapped into simply weren’t available to us humans.  Some tried for years, of course.  Some are still trying, nearly three hundred years later.  None have succeeded.  Most are certain it’s impossible, reasoning that if there was any risk of humans gaining access to that power then the Others would quickly put a stop to the research.

Life carried on.  People adapted.  They made whatever adjustments they had to to survive the Others, or they died for failing to.  Humans finally knew they were not alone in the Universe, though most now wished they were.