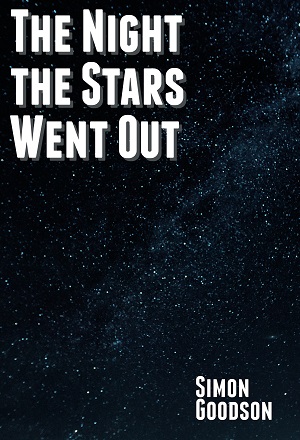 The stars, permanent fixtures in the night sky.

Until one night they vanished…

Are we living in a simulation? Do we only exist in a computer? It’s a troubling question, and one we have only truly started to grapple with recently.

Some say it is almost certain we live in a simulation, because there can only be one reality but it could be running hundreds or thousands of simulations.    Maybe even billions.    That immediately makes the odds billions to one against living in the real universe.

On top of that there may even be simulations within simulations.    In that case the odds of the reality we inhabit not being a simulation seem to be vanishingly small.

Others believe it would be impossible to actually simulate a universe.    They say doing so would require more processing power than could be achieved even if you turned an entire universe into a computer.

And many say it’s a pointless argument.    Any decent simulation would be set up in a way which would prevent those inside it from ever being able to realise they were.    Either through clever implementation, or the brute force of simply not allowing such thoughts to be simulated.

An awful lot of energy has gone into the discussion.    A discussion which swerves between science and philosophy without any hint of how it could ever be proven one way or the other.    Maybe it never would have been… but then the stars went out.

Felix adjusted the focus on his telescope, the tips of his fingers almost as cold as the metal despite the finger-less gloves he wore.

This was worth the cold, though. It was a bitterly chilly British November night, partly because it was completely cloudless. He’d spent two hours outside studying the stars, using hot coffee from a thermos to try and keep the cold at bay.

He was starting to shiver badly now despite the many layers of clothing he wore.    This would be his last observation before he returned to his car and drove the twenty minutes back home, back to the light polluted town where the stars were impossible to see in any detail.

Felix leaned over to look through the eyepiece again, and smiled at the star framed perfectly in the centre, the focus crisp. Then, a moment later, it vanished.

Dammit! There must have been a few clouds around after all. Still, it couldn’t be very large.    The sky was full of stars from horizon to horizon. He pulled away from the eyepiece, looking up to see how large the cloud must be.

He froze. The sky was black. There was not a star in sight. That was impossible.    He’d last looked just a couple of minutes before and had seen stars everywhere.    There was no way clouds could have blown in to cover the entire sky that quickly!    How could there be no stars now?

But there were none. The only light in the sky now was from the sliver of the moon, still shining down and showing that part of the sky at least was still visible.

But if it wasn’t clouds… then what the hell had just happened?