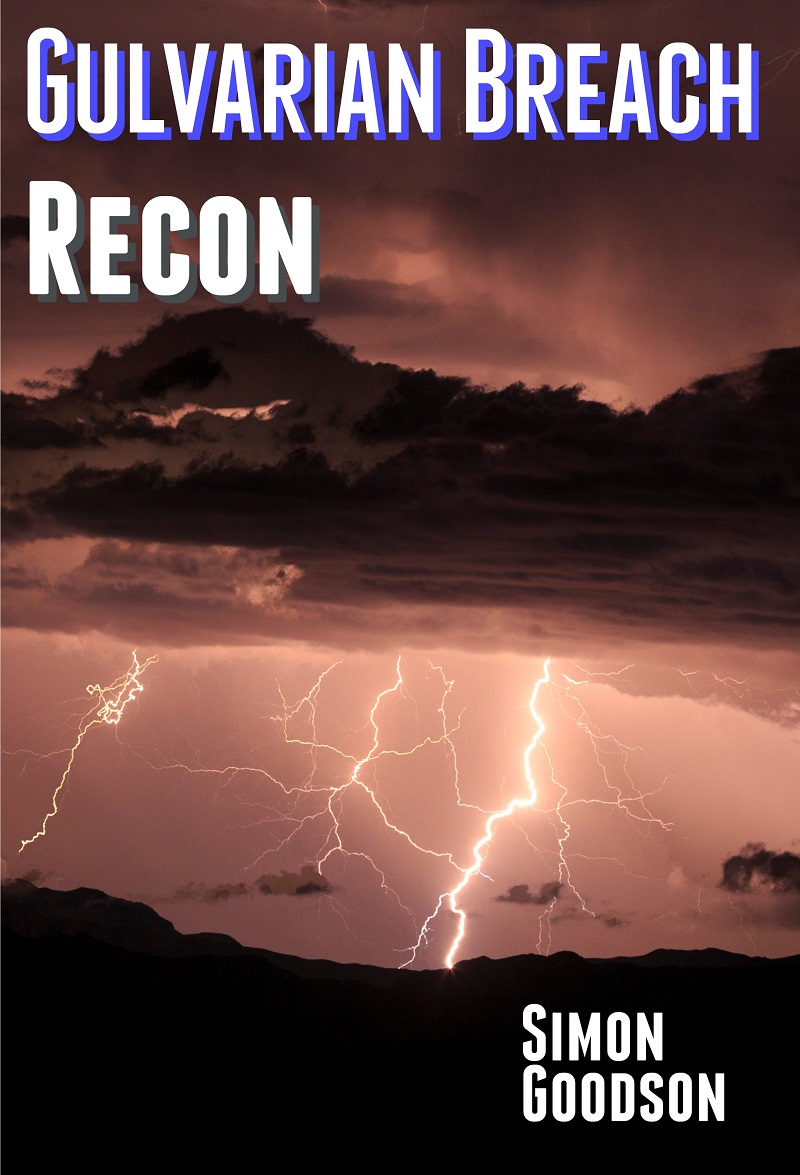 What’s worse than heading into the forest on a recon mission?

Doing it with the mother of all hangovers!

But soon Scrub will wish the hangover was the worst of his problems!

Scrub squeezed his eyes closed, trying to ignore the pounding of the rotors as they drilled through his skull.  At the same time he fought as hard as he could to keep his stomach contents where they were.

He’d never liked the lurching motion of the roto-copters, but after a heavy drinking session the night before he really loathed them right then.

He could hear Drax and Baggy laughing, most probably at him.  He could happily have punched either one of them out, but that was the sort of behaviour that had landed him in this unit.  If he wanted to get back out he needed to restrain those urges.

Sarge was silent, but she generally was unless there were orders to be given.  Scrub, Drax, and Baggy had spent part of the night before speculating, yet again, on what Sarge had done to be dumped into the unit and put in charge of a bunch of wasters like them.

There had been plenty of wild ideas, and they became wilder as the drink flowed.  Only now was Scrub realising it had flowed a lot more in his direction than Drax’s or Baggy’s.  That was part of the reason they were laughing, he was sure, and it was the reason he would happily have punched both of them.

Recon squads were supposed to have five members, but the whole of the year Scrub had been in the unit they’d not had that extra person.  Scrub had given up expecting it to happen.  It was always going to be just the four of them.

Scrub forced one eye open, just long enough to give Drax a two fingered salute.  Then he squeezed his eyes shut again.  Seeing the motion of the land outside the roto-copter did nothing for keeping his stomach where it should be.

The other two just laughed even louder, and yet again Scrub regretted the time he’d got drunk enough to explain where his nickname had come from.  When he’d been an officer, a sergeant himself, he’d still had the tendency to hit the bottle when off duty.  And at times that had led him to abort missions before they were completed, or sometimes even started.

Over time he cancelled more and more missions.  He’d scrubbed so many missions that his new nickname became Scrub.  He always had a good reason, but when all the missions were taken together a clear pattern emerged.

That wasn’t what landed him in this unit, though.  Not exactly.  The pattern of cancelled missions had been noticed.  One day a lieutenant had chosen to confront Scrub.  It seemed the lieutenant had planned the confrontation for some time and had then chosen a mission he was certain Scrub would have cancelled.

Scrub didn’t.  He never did for the missions that really mattered.  This one involved rescuing civilian families caught up in an uprising, families being used as hostages.  It had been a nasty mission.  Two of Scrub’s unit were seriously injured and he’d had a near miss himself.

But he’d got the families out.  Some of them were quite battered, but all would survive.  And it was on the back of that mission that the idiot officer decided to confront Scrub.

Scrub had known that at some point the pattern of aborted missions would be noticed.  He was even ready to deal with the consequences, if grudgingly.  But not on that day.  And not in that way.

The officer insisted on calling him out in front of his unit.  To begin with he railed at Scrub over the cancelled missions.  Scrub stood there and accepted it.  He knew what he’d done.  The Lieutenant couldn’t say anything Scrub hadn’t already said to himself.

Then the stupid officer called Scrub a coward, said Scrub was too scared to do the missions and he was letting other people down because of it.

On another day Scrub would probably still have reacted to that, but only verbally.  That day the adrenaline was still flowing through his system from the mission.  Two of his unit were injured.  Scrub had charged straight at a rebel gun emplacement so that he could lob a grenade in, allowing him to get his injured soldiers to safety.  No, that was not the day for anyone to call him a coward.

Scrub didn’t really remember what happened then, other than that he saw red, but he certainly heard about it afterwards at his court-martial.  The officer suffered broken ribs, a dislocated jaw, a broken nose, and enough bruising to keep him from healing or moving comfortably for weeks.