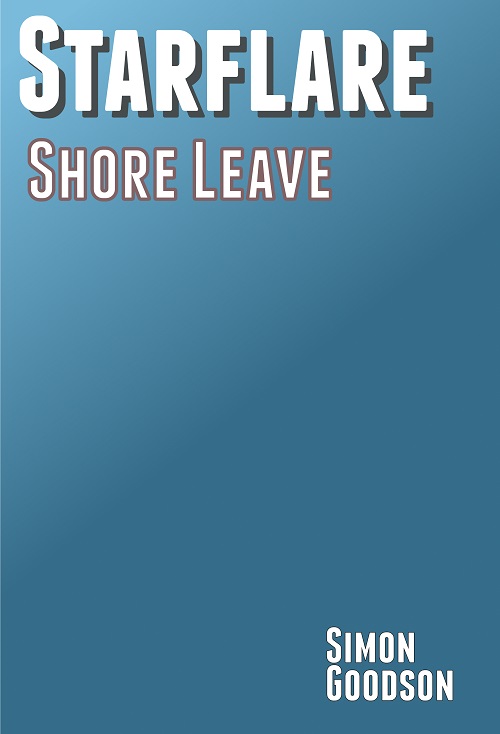 When the alcohol flows so do the stories…

Joe, captain of the starship Panther, finally learns why Doug hates people with psychic powers so much.

“I’ll say this for you Captain,” said Janine, her words slurred, “Things sure ain’t boring with you in charge.  Ghosts.  Impossible asteroid fields.  Secret Kingdom fleets.”

Joe stared at his glass, deciding whether to answer or stay wrapped in the warm fug of far too many drinks.

Joe winced.  That cut through the haze.  He glanced at Sasha and was relieved to see she had her head on her arms and was either sleeping or comatose.  She was still breathing at least.  Joe was just glad she hadn’t heard Doug’s jibe.

He pulled in a deep breath, getting ready to slap Doug down.  They might be off the ship, they might be in a bar getting seriously and unhealthily drunk, but he was still the captain and there were still rules.  Not many, but a few, and showing respect for your crew mates was one of them.

Focusing enough to deliver the warning was tricky, though, and someone else beat Joe to speak.

“Why do you have such a problem with Sasha?” Charlie asked Doug.

Had Joe asked the question he knew Doug would have clammed up immediately.  The same would have happened if any of the others around the table had — Doc, Blaze, Sparks or Janine.  Charlie was different, though.  Doug led the Panther’s small contingent of pilots and Charlie was one of those pilots.  More than that, she was the best of the pilots and she often flew the most dangerous missions with Doug.  That gave them a close bond.

Even that wouldn’t have been enough normally, but Doug had been knocking back even more alcohol than Joe.  Enough that he stared into the distance for a long moment, then started to talk in a quiet voice.

“She’s not the first witch I’ve had dealings with.  There was another… she was… she…”

He broke off, shaking his head.  Joe was shocked to see tears in Doug’s eyes, deep pain etched on his face.  Joe had never seen Doug like this before.  He was certain Doug wouldn’t say any more, but Charlie reached out and placed her hand on Doug’s arm.  After a few deep breaths Doug started to talk again.

“Her name was Thera.  I was young when I met her, barely seventeen and still waiting for my chance to join a mercenary outfit of some description so I could fly fighters.  I had the skills, I just hadn’t had the break yet.

“I met her in a club.  I’d had a couple of drinks, no more than three.  I was still almost sober.  Till I saw her.  I looked at her, she looked at me, and then it was like I’d downed a dozen shots in a row.  My legs were wobbly, my head was spinning and all I could see was her face.

“She was older than me.  A lot older, though I didn’t really see that at the time.  All I knew was she was the most beautiful woman I’d ever seen, and I had to be with her.  Not that I could move, my legs weren’t working suddenly, but she came over to me.

“I don’t remember much more about that night.  Just flashes.  I remember being all over her, or maybe she was all over me.  I remember drinking a lot more.  I remember going with her to her home, and I remember… well, you can guess.

“And I remember the look on her face the whole time, not that I was capable of noticing at the time.  The look of… contempt is the only word for it.  The complete disdain she held me in, despite everything we ended up doing.  I see that now, but at the time… no, I’m getting ahead of myself.

“I woke up the next morning with the worst hangover I’d ever known.  It truly felt like my head was being split open with a chisel.  The light was burning through my eyes and deep into my brain.  I felt rougher than I’ve ever felt before or since.

“Then she walked into the room.  She took one look at me, walked over and placed her hands on my head.  The pain vanished.  One moment I was crippled by it, the next it was gone.  Just like that.  Then…”

Doug sat, staring into his drink.  Joe kept quiet, not wanting to break Doug’s desire to talk, but curious to know just what had happened.

“What came next, I don’t like talking about,” Doug said finally.  “Hell, I don’t even like thinking about it.  She treated me like a slave, but I loved every moment of it.  All I wanted to do was to please her, to do as she asked.

“Whatever it was, no matter how dangerous, disgusting or downright wrong, I did it.  That went on for three months, though I had no sense of how much time was passing.  Occasionally, if I was away from her for a long time, then I’d start to feel that something wasn’t right, but I never worked out what it was.  That feeling just drove me back to her, back to the comfort of being around her.

“That’s what makes it so hard.  Even when I had doubts I ran from them and straight back to her.  I ran back to the feeling of complete security she gave me.  I hadn’t made many friends since moving to the city, but I cut myself off from the few I’d had.  I even broke one of them’s nose when he dared to suggest Thera didn’t have my best interests at heart.”

Doug fell silent again, his face contorted by the painful memories.  As the silence stretched out Joe tried to think what to say, but Charlie beat him to it.