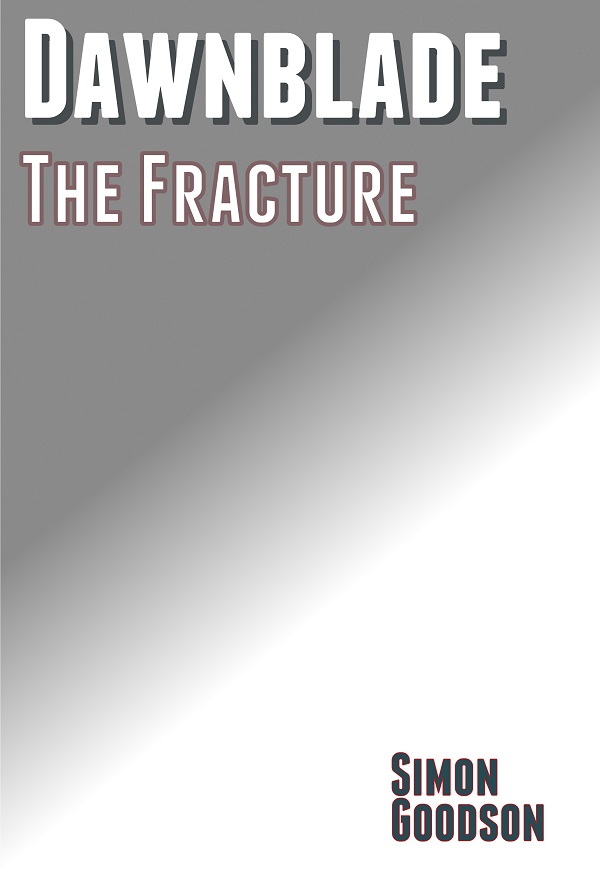 When the Universe was shattered by the dawnblade it was entirely down to science!

Dawnblade – The Fracture (A Universe Shattered)

Admiral Callum stood on the bridge of his flagship, the titanic vessel surrounded by thousands of other vessels that were each mighty in their own right.

The fleet represented almost the entire force of the Libertine Collective, a large grouping of worlds dedicated to at least the concept of freedom, though after centuries of brutal war most of its citizens were now serfs, slaves by any other name.  Even so, every one of those citizens would choose their current living conditions over those the enemy offered.

The Federation of Free worlds was the official name of the enemy, but it had become known as simply the Federation centuries before.  Freedom had disappeared from the Federation’s name and from the lives of those under its control.

Most of its citizens lived lives of extreme slavery, bio-engineered to perform particular roles and driven to work without breaks or chances for relaxation.  Even sleep and food were tightly rationed.  They worked until they could work no more, then their bodies were recycled and the process started again.

Those citizens were grown in vats in mind numbing numbers, programmed for a task long before they were born.  Horrific as that was, it wasn’t the worst part.  If the Federation had bred out any sense of self, any concept that they could ever live a life other than the one they did, then at least the slaves would be… if not content then at least oblivious.

But for some cruel reason the Federation had chosen to leave all those thoughts in place, to allow their slaves to suffer the knowledge that things could be different.  That freedom existed as a concept. Throughout their short and brutal lives they knew the misery of dreaming that things could be different without ever having the power to make them so.

The people of the Collective knew what would happen if they lost the war.  The Federation would subject them to the same extreme levels of slavery, would use surgery to make them better suited to their assigned task, and would then force them to live in pain and misery until they died.  Compared to that fate, the drudgery and servitude of their current lives seemed like luxury.

And it wasn’t as if the leaders of the Collective were leading glamorous and luxurious lives.  Maybe they had once, but the war had been dragging on for a long time and the collective had been losing ground through much of it.

Despite the Federation’s horrors, or perhaps because of them, it was a brutally efficient war machine.  In the early days the Collective could easily have won the war, its strength was far greater than the Federation’s.  But it had been slow to mobilise.  Slow to understand the danger it faced.