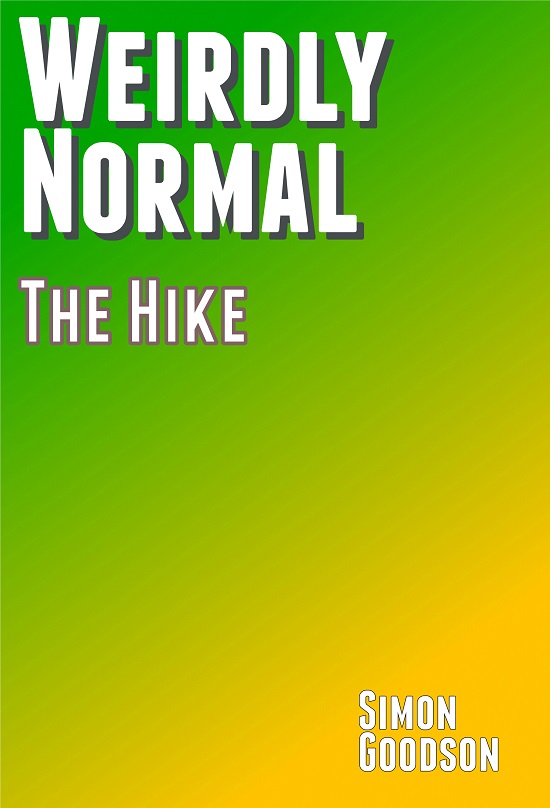 A hike is no place for a vampire who hates getting his clothes dirty, even if it is at night.

“…even though a dozen men swore that they’d seen Ol’ Man Wickleberry’s corpse, that wasn’t the last time he was seen.  Not by a long shot!”

The speaker paused for a long dramatic effect.  Walking at the back of the group, Vince rolled his eyes.  He was hating a lot about this night time hike — the mud, the pack on his back, the group of impressionable people, even his friend Jake’s secrecy about their destination.  But more than anything else he hated the group leader, Davey.  Both the man, and his enthusiasm.

“Doesn’t he ever shut up?” Vincent muttered.

“If it’s annoying the hell out of people then he’s damn good at it too!”

“Just chill out and enjoy the trip.”

“Enjoy what exactly?  Have you seen the state of my shoes?”

“They are designer walking boots.  Mud isn’t something that should ever come near them.  Look at the pack I’m carrying too.  It’s four times the size of yours, and ten times the weight.  This is the sort of thing Stan is good at.  He doesn’t care how heavy his pack is.”

“It’s no more than three times the size of mine and five times the weight.”  Jake glanced around, then lent in closer and whispered.  “Besides, you’re a vampire!  You could carry ten times that weight without even noticing.”

“That’s not the point!  Do you have any idea what this backpack is doing to the lines of my suit?”

Jake stopped dead, mouth twitching for a few moments before he managed to speak.  “You’re wearing a suit?  On a hiking trip?”

“Of course!  Why wouldn’t I?  I refuse to be under-dressed!”

Vincent stared back at Jake, ready to fight his corner.  It was bad enough he’d been dragged along on this trip, let alone forced to carry his own gear, he certainly wasn’t going to stoop to wearing anything less than a full designer suit.  Though he was struggling to ignore how much mud had attached itself to his trousers.

After a long pause Jake simply shrugged.  “I guess I shouldn’t have expected any less.  You know Stan was busy, otherwise he’d have been here.  Anyway, your pack would be a lot lighter if you weren’t carrying three separate blackout tents, each smaller than the last.”

“No you don’t.  I told you, we’ll be at the lodge well before daybreak.”

“And what if something goes wrong?  What if I get caught out here with no cover when the sun comes up?  Not only would I be killed, I’d be killed looking like a scruff!”

“Come on, Vincent.  When have I ever let you be in danger?”

“Well, let me see… does two months ago ring a bell?  Does me having to cower in the trunk of your car because that rust-bucket blew a tire ring any bells?”

Vincent felt like kicking himself, but that would make his clothes even dirtier.  Calling the car a rust-bucker had been a step too far.  Jake loved his car and lavished attention on it, keeping it clean and polished.  Criticising it could start a blazing row at any time.  Doing so when Jake had been using… that could be really bad, and the green flickers showed he had been using.

Grumpy and crumpled Vincent might be, but he didn’t want to hurt his friend, and depending on what Jake had been knocking back that might be the only way to stop him if things went bad.  Vincent wished he knew just what Jake had taken, but even if he’d seen the bottle he’d be none the wiser.  Jake was constantly experimenting, developing new and interesting concoctions which he tested upon himself with abandon.

And then there was that potion.  The one that Jake enjoyed so much.  The one that ensured the other side of his nature came to the front.  At least it wasn’t that one.  That potion changed the way Jake smelt.  Vincent could tell in an instant if Jake had drunk that one.

For a moment Jake’s eyes blazed brighter, then they returned to normal and he shook his head.  Without a word he set off.  Vincent followed, relieved the moment was over.