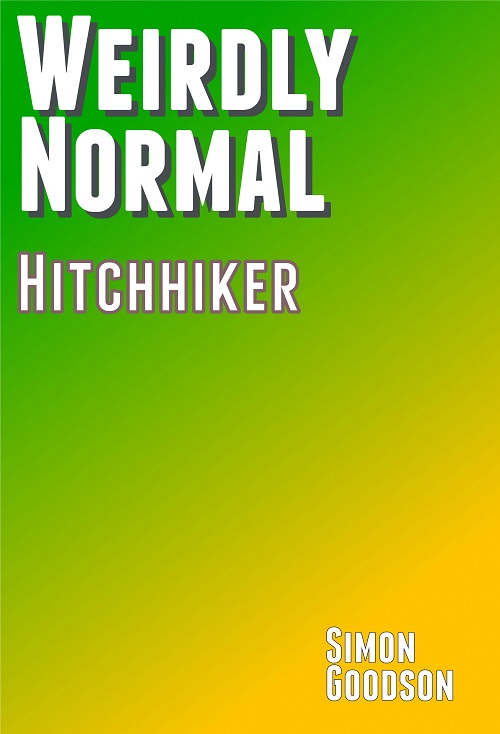 Soaked to the skin and desperate for help Gemma finally stops a car by stepping in front of it.

She gets the help she’d hoped for… but will she regret stepping in front of that car?

Gemma stood by the side of the road feeling like a drowned rat.  If she’d had a coat it would probably have given up by now, but all she had on was jeans, a top and a cardigan.  Her hair was a bedraggled mess, her freezing cold clothes were sticking to her and the rain kept on falling.  Everything seemed to be against her, and she’d had enough!

By her count some thirty-seven cars had passed by so far, ignoring signals that she wanted… no, needed, a lift.  Number thirty-eight was about to pass her by too.  She wasn’t going to let it.

She stepped out in front of the car, not flinching as it slammed its brakes on and screeched to a halt barely a foot in front of her.  With the way her night had gone, and her morning was going, she really didn’t care that she had nearly been run over.  All that mattered was that the car had stopped.

The driver threw open his door and jumped out, his body tense.  “What the hell do you think you’re doing?” he shouted.  “I could have killed you!  If I wasn’t a damn good driver I would have!”

“Well, if you were driving a modern car,” she replied.  “You would have been able to stop easily!  It’s hardly my fault you’re driving something that looks like it should be in a museum!”

“A museum?  A museum?  How dare you!  I’ll have you know that this is a classic!  Its brakes are better than any modern car.  If you’d pulled that trick in front of a modern car it would have stopped… well, somewhere past where you stood, which is all you would have cared about.”

Gemma took a deep breath, calmed herself down.  She needed this man’s help, antagonising him wasn’t going to work and he was clearly touchy about his car.

The man stared at her, and as he did she could almost see the tension flowing out of him.  His shoulders relaxed, he settled down from his toes, and he actually seemed to shrink several inches.  She shook her head, the long night was obviously taking its toll.  He couldn’t really have shrunk.

“Well, maybe we can help.  I need to know a bit more about the sort of trouble you’re in.  In particular whether it’s likely to turn up with flashing blue lights.”

“No!  Nothing like that!  Hell, I wish the cops would turn up.  Then again maybe not.  They probably wouldn’t believe me anyway.  I doubt you will either.”

“You’d best try me.  Otherwise I’m getting back in the car and driving out of here, even if I have to drive over you to do that.”