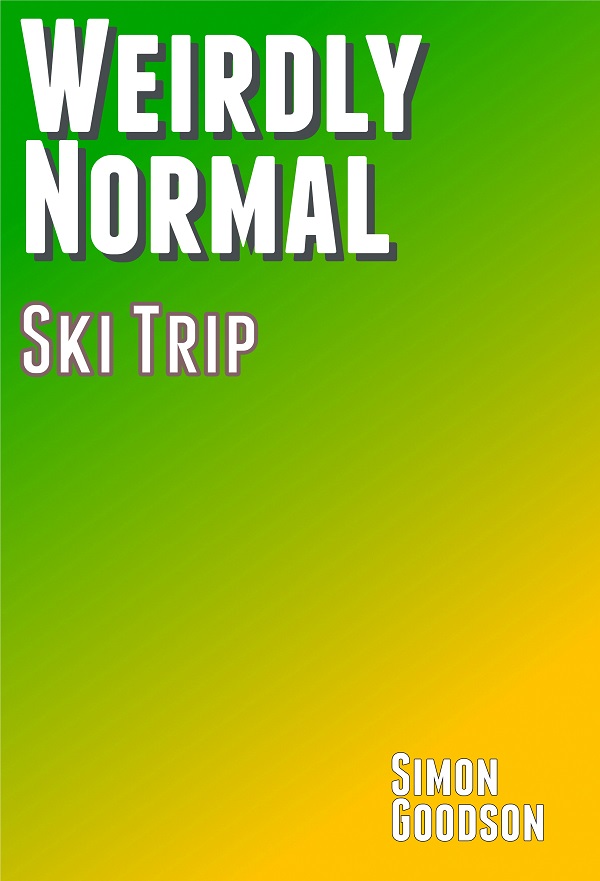 Night skiing is an amazing thrill…

…and essential when you’re a vampire!

Vincent stood, staring out of the window of the cable car as it rocked its way up the mountain.  The lights of the small ski resort were laid out below him, twinkling in the darkness.  He smiled contentedly.  It was good to get away, on a holiday of his own choosing.

He loved night-time skiing, loved the thrill of flying down the mountain barely able to see what lay a few seconds ahead even with his excellent night vision.  Of course he had little choice about skiing at night, being a vampire meant daytime skiing would be a short lived and very painful experience, but he enjoyed the challenge of skiiing at night anyway.

The cable car was making its final ascent of the evening, but for Vincent the night was just beginning.  Once the cable car finished for the night it just meant he would have to climb back to the top of the mountain himself after each run.  No great problem with the strength his condition gave him, but he always rode the cable car while it was still running.

He especially enjoyed the last trip up the mountain in the car.  It was often just him travelling, giving him a peaceful journey before the adrenaline filled descent.  Peace.  Tranquillity.  The things he truly appreciated.

Vincent froze.  The voice had come from behind him and was that of a young child.  He’d been certain he was alone in the cable car, had a family got on at the last minute without him realising?

With a sigh Vincent turned to face the family… but that wasn’t what he found.  The only other person in the cable car was a young girl of about six years old.  Vincent just stared for long moments, his mind struggling to accept what he was seeing.

“What are you doing here?”  he finally managed to ask.  “Where are your parents?”

Vincent groaned.  This was the last thing he needed.  He would have to let the attendants at the top know.  There would almost inevitably be questions about why he hadn’t noticed the girl before the car started.  Questions suggesting maybe he had known, or had been behind her being aboard.  There’d be attention.  Questions.  People.  All of which would completely spoil the mood he’d come up here for.

“Won’t your parents be worried that you’re not with them?” he asked.

That, apparently, was that.  Vincent didn’t have much experience of young children, so while he knew that wasn’t really an answer he couldn’t quite find the flaw in the logic which would let him explain it to her.

In the end he just shrugged.  The girl seemed happy enough, not concerned about being in the cable car with a stranger, so at least he could appreciate the view.  He turned back to the window, sighing at the ragged beauty of the mountainside, but the calm reflection was short lived.  Almost immediately the child started chattering on about the view, her parents, the fun she’d had on the nursery slopes, and a dozen more topics.