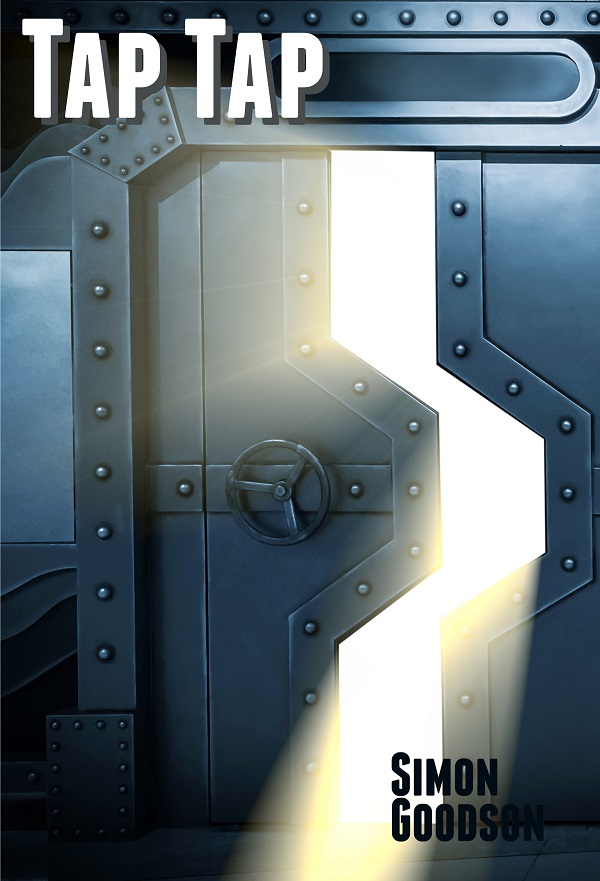 In the dark emptiness of space, far from any system, there is one sound you never expect to hear…

It’s tough flying freighters, much tougher than most people realise.  Not dangerous particularly, not difficult.  Hell, everything is so automated the pilot could drop dead and the ship would still arrive on time.  No, what’s tough is how lonely it is.

Piloting freighters is a solo job, and it’s only because of the laws preventing fully automated ships that there’s even one pilot.  Actually that’s not quite true.  Occasionally the automatics suggest something screwy and need to be overridden, or something in the ship needs a good hard kick from a human.  Other than that though it’s just sitting around letting the automatics do the work.

The crew could be larger of course.  Two or more.  It never is though.  The profit margins are just too small.  The extra costs in terms of consumables for more people eat into the profits, but the real killer would be splitting the money two or more ways.

It has been tried a number of times though, giving a good friend or a relative a free ride somewhere.  Always a terrible idea.  The cabin is tiny and, other than the minuscule toilet and shower, has absolutely no privacy.  The bed, kitchen, entertainment area and flight controls all jammed into a space roughly ten meters by five.  The rest of the ship is packed with cargo, engines and control systems.  Even best friends or close relatives are normally ready to commit murder after a few days in such tight quarters with no communication with the outside world.  On several occasions they actually have committed murder.  Often messily.

All my runs are out from Sol, varying from six to nine days each way.  Doesn’t sound too much does it?  But other than a few hours manoeuvring at each end the entire time is spent in jump space.  No contact with the outside universe, nothing to see – not even stars.  Even if another ship jumps to the same destination at the same moment it’s impossible to detect them.

So… between six and nine days of complete isolation in a small box.  Very few people can take that, and for those of us that can it’s still tough.  Some people insist it can’t be that bad, that people have been doing similar jobs since the start of time.  They don’t understand.  They often compare us to long distance lorry drivers back before ground transport was completely automated.  But those drivers could see other vehicles.  Knew there were other people around.  Could pull off and grab a meal.  Talk to real people.

Even the tug pilots when the solar system was colonised could communicate with others.  They might have a delay of minutes, even hours, in conversations but they had human contact.  Could listen in on other chatter and have at least a stilted conversation.  Could stare out the window and see stars.  Flying a freighter means complete isolation from every other human and from our universe as a whole.

By about the third or fourth day the universe starts to seem unreal.  It’s a form of cabin fever I guess, but magnified.  You can’t look out the window like you can in a real cabin.  See the real world, even if it’s covered in snow so you can’t leave.  You reach a point where you begin to doubt the universe exists.  At that point you’d give anything for some indication that you’re not the only living thing in existence.  At least that’s the way I’d always felt.  Right up to the moment I got that indication.

It was a normal flight, Arcturus to Sol.  The trip takes seven days, two hours, thirty one minutes and twenty two seconds in Jump space.  Yes, I really do measure it to that accuracy… and watch that time ticking away through the whole flight.  It was halfway through day four.  I’d reached the point of being sick of hearing the music I love.  I tired of films within a few minutes, whether new releases or old favourites.  It’s the worst time – when the trip still stretches out ahead of you and you seem to have been going forever.  I was sitting in the pilot’s chair moodily staring at the displays, not that anything was changing on them.  Suddenly I heard a noise.  Tap, tap.  On the airlock door.  On the inner airlock door, if it had been the outer I wouldn’t have heard it.

Scared?  I was absolutely terrified.  I sat frozen for I don’t know how long.  Till the sound came again.  Tap, tap.